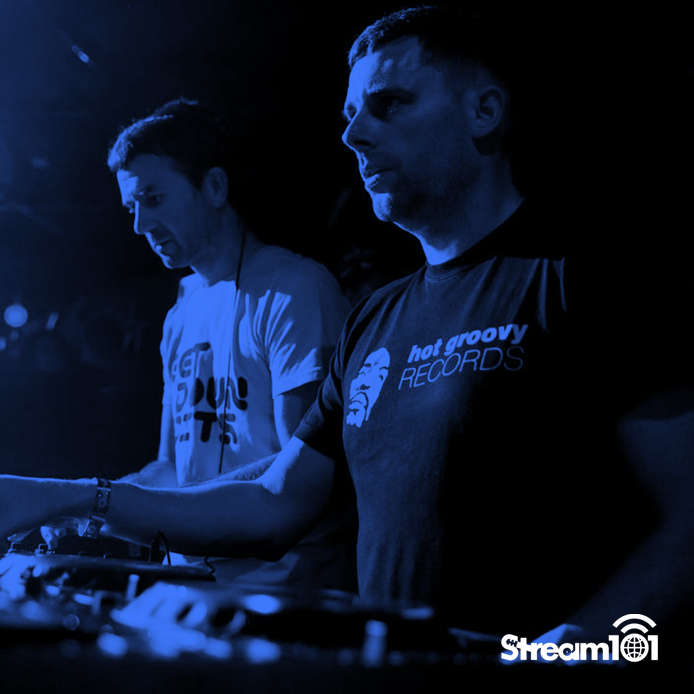 Dj and production duo Darren “Daz” Dalton and Martin Roche aka ‘Get Down Edits’ take to the airwaves live on Stream 101 from southeast Ireland.

Daz and Martin have been tearing up dance floors across Ireland, the UK and abroad with their unique fusion of 70’s and 80’s funk and soul, Nu-Disco and releasing the acclaimed  ‘Get Down Edits: Vol 1-4’ with major success, leading to several represses. The releases included tracks from the likes of Late Nite Tuff Guy and Rayko, alongside their very own bangin’ tracks, edits and remixes.

Starting off from a House & Deep House background in mid 90s to early 00s, the Waterford born duo have gained half a century of djing and clubnight experience between them, sharing the decks early on in their mixing career with many national and international acts like Kenny Dope (M.A.W), Dj Deep (Paris), Dj Harri (subclub), Yousef, Ben Watt, Fish Go Deep, Charles Webster, Frank Roger & Atjazz.

Launching the Get Down residency in 2008 allowed the duo to further refine their signature sound to the deep and soulful disco music it is today. With a mammoth vinyl collection between the two of them you can expect to hear an eclectic mix of tracks every time they put together a set, making each one unmissable.

Their experience when it comes to the uplifting sounds of the genre are unrivalled and this year they celebrate 19 years djing, making tunes and touring together so expect all the classics and favourites from their illustrious history so make sure to tune in…